Spiritmuse Records is an independent record label dedicated in unearthing gems from past and future, music for mind & spirit – from spiritual jazz to ancient field recordings, releasing carefully curated products for a deep listening, spiritual experience.

MUSIC FOR THE SPIRIT

We’re excited to present ‘Nature’s Vision from “Pathways & Passages”, the debut album from “Cosmic Vibrations” – the LA based ensemble led by acclaimed jazz vocalist Dwight Trible, that defines spiritual jazz in the 21st century. A genre-defying amalgamation of divine vocals, soul-stirring jazz, healing poetry, with a rich tapestry of African, Mesoamerican and indigenous North American percussion and instrumentation, taking you on a cosmic journey of spiritual improvisation and beyond.

Cosmic Vibrations is a supergroup of heavyweight musicians with a vast combined experience, an ensemble of 6 souls who approach improvisation full of spirit and without ego. Gathered for this very purpose by Dwight Trible, undoubtedly the most acclaimed vocalist in the realms of spiritual jazz, they’re an incredibly talented and “deeply rooted” group in complete brotherly connection with one another. If you are looking for genuine, soul-enriching spiritual jazz today, look no further than “Pathways & Passages”.

New spiritual jazz album by the Ethnic Heritage Ensemble, led by legendary Chicago percussionist Kahil El’Zabar, an artist in a league of his own, acknowledged throughout the world as the leader in the vanguard of spiritual and afro-futuristic jazz.Alongside El’Zabar on multi-percussion & vocals is Corey Wilkes on trumpet, Alex Harding on baritone sax and Ian Maksin on cello. This is beautiful Afro-centric spiritual jazz on the forefront of the current popular jazz scene. The Ethnic Heritage Ensemble’s music… “seeks to spark a time in which heightened sensibility and higher consciousness will universally be known”.

In recent years, in the world of jazz and spiritual jazz, the phrase ‘holy grail’ has been often used. Once in a while though the phrase is truly justified, such as is the case with this reissue: Abdullah Sami – “Peace Of Time”

Recorded in New York in August 1977 and released in 1978 on Sami’s own label imprint, only 300 copies were ever pressed. Forty years later, such a fabled, rarely seen artefact would garner mythical status amongst spiritual Jazz seekers with original copies selling online for over $2,000. 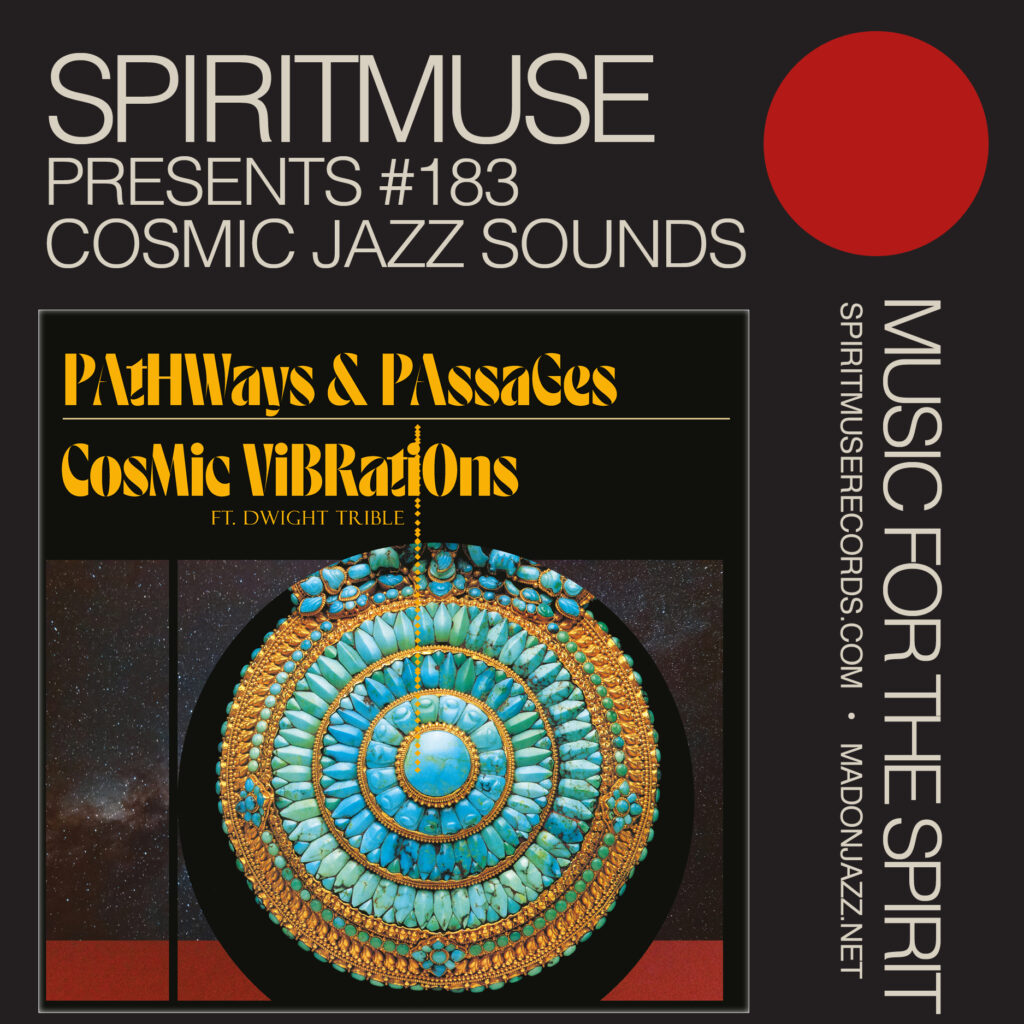 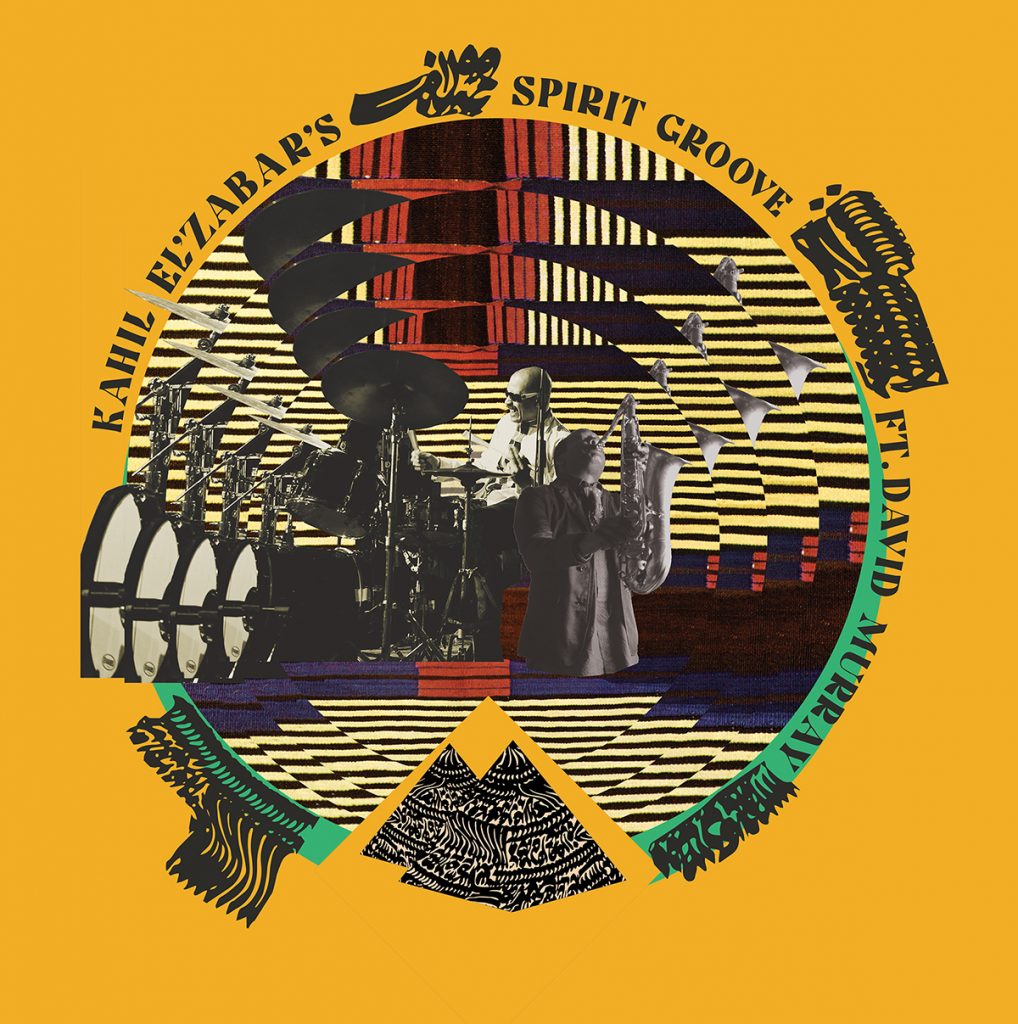 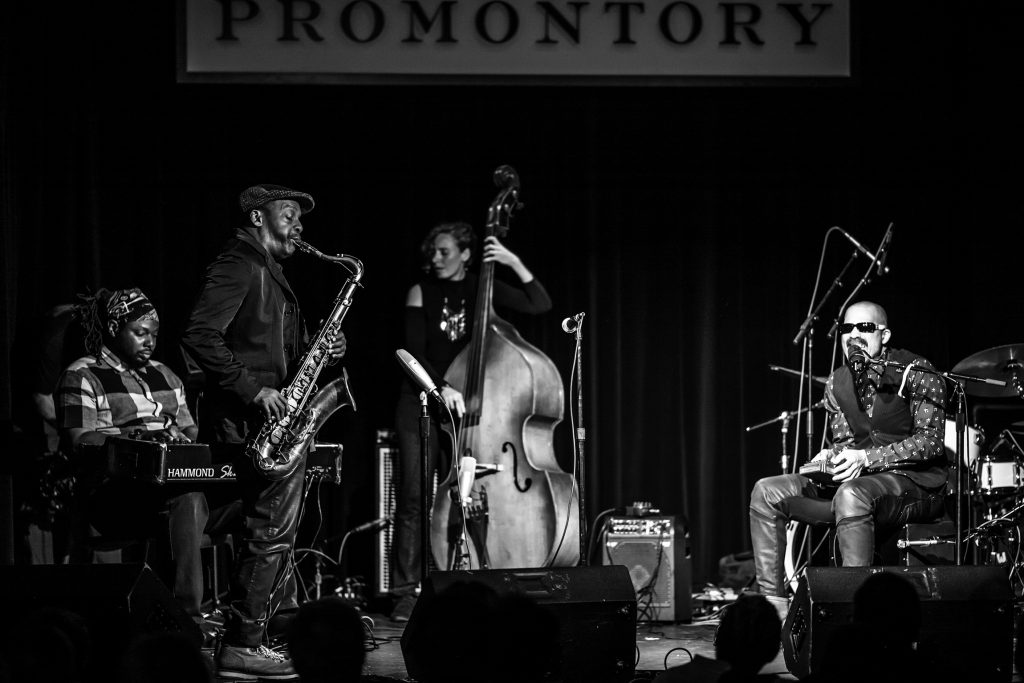 Kahil El’Zabar’s ‘Spirit Groove’ on Spiritmuse Records is the latest musical inspiration from the spiritual jazz master, ft. tenor sax colossus David Murray. Their collaborative efforts span over 4 decades exploring the varied realms of spiritual jazz, and this is their defining moment upon their journey to meaningful, spiritual art. Joined by the extraordinary Emma Dayhuff & Justin Dillard. In Kahil El'Zabar's own words ‘Spirit Groove’ "intends to move you nakedly with a deep sense of dance on a Mind/Body/Spirit level. From the mouths of Bebop music masters, who were my mentors and that I also had the distinct honor to play with – such as Dizzy Gillespie, Cannonball Adderley, Eddie Harris, Malachi Favors, Jodie Christine, Sonny Stitt, Gene Ammons, and Rahsaan Roland Kirk, they all expressed to me that in the beginning of Bebop, people everywhere danced with Spirit to the music of Charlie Parker!  This is the moment to rekindle the motion of social relevance within the legacy of jazz as an improvised people’s movement for social change!” Kahil El’Zabar - multi-percussion & voice David Murray - tenor sax Emma Dayhuff - acoustic bass Justin Dillard - synth, piano, organ Art & Art Direction - Nep Sidhu Videography Christopher Andrew,... 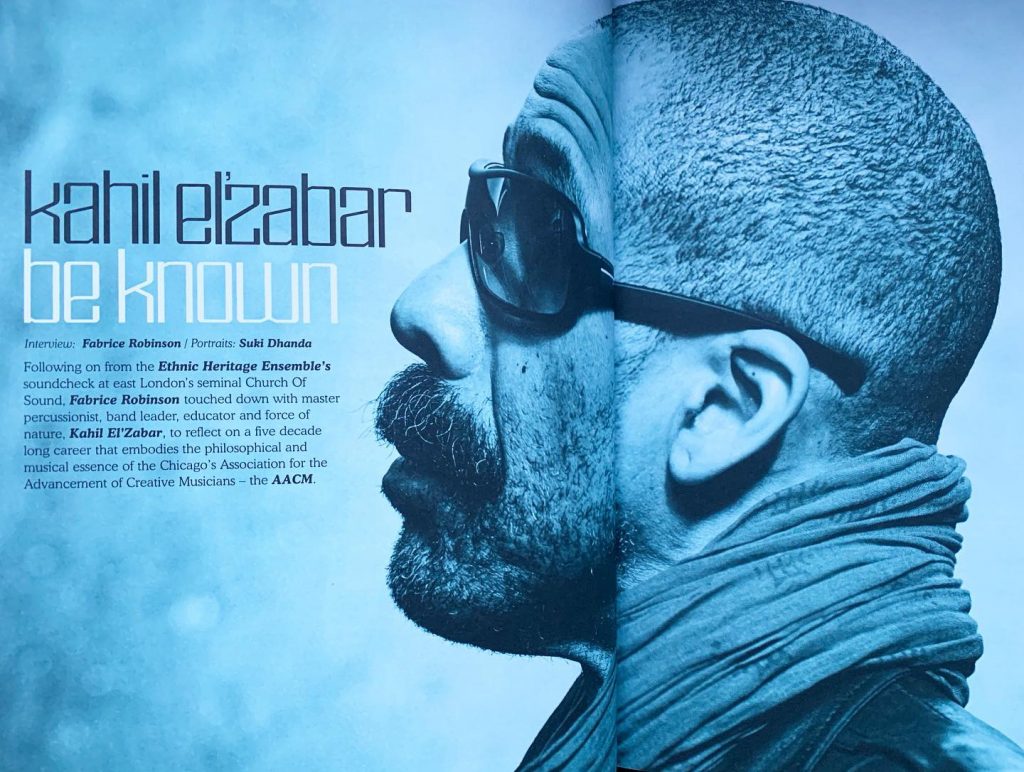 Big shout to Paul Bradshaw and the Straight No Chaser team for the latest issue 100 of Straigh No Chaser and the special feature & in-depth interview with Kahil El’Zabar and the Ethnic Heritage Ensemble! The whole issue is the epitome of the current worldwide jazz scene, beautifully designed by Swifty. Read the brilliant interview with Kahil El'Zabar, discussing his philosophy on music, the Ethnic Heritage Ensemble's roots and their unique sound, and the inspirations and influences behind their latest album, Be Known: Ancient / Future / Music Get your Straight No Chaser copy here: https://straightnochaser.bigcartel.com/product/straight-no-chaser-100-vol-1?fbclid=IwAR2CCPt8lm-2sd7FZtpfb5OAnp_ATKD6vomiV0rpFng9uPlrg50LuUsBMNQ

We’re very excited to announce our next release,

“Few people get as much out of a kalimba or thum

“Wow. Just wow. This is soul jazz of the highest

This is it everyone! The much anticipated ‘Kahil